Every month, we’ll be focusing on a new tenant, showcasing how their creative working environment helps to push the boundaries in their respective fields. This month is LITTLE Agency, who have just moved into Calls Landing.

A new office space is a blank canvas for any business – a chance to embark on a new journey.

This month marked a momentous occasion for Leeds-based agency, LITTLE – as they moved into their new home in the recently-refurbished Calls Landing.

Previously based at the Grade II listed building Devonshire House – which sits in the centre of the city’s business district, Calls Landing gives LITTLE a chance to experience everything that Leeds’ creative hub has to offer, while being surrounded by independent bars, coffee shops – and of course, the stunning River Aire.

Yes, I am thinking of making the posters a permanent feature

Located in the heart of The Calls, Calls Landing was renovated last year. By keeping the old warehouse’s exposed brick and steel beams, we managed to restore and channel its remarkable industrial heritage.

In case you’re wondering, yes, they are the team’s baby pictures on the wall!

LITTLE have been tenants of ours for nearly five years – so of course, their relationship with us is extremely important.

So, what better time than now to find out just what it was that drew LITTLE to our amazing space in Calls Landing?

LITTLE, as the name suggests, are a self-professed “LITTLE agency full of BIG ideas”.

Headquartered in Leeds, they’ve established themselves as industry leaders through their full-service marketing offerings, and have worked with a number of businesses to help them perform and communicate better by utilising beautiful design, creative campaigns and digital solutions over their near-on ten-year history. 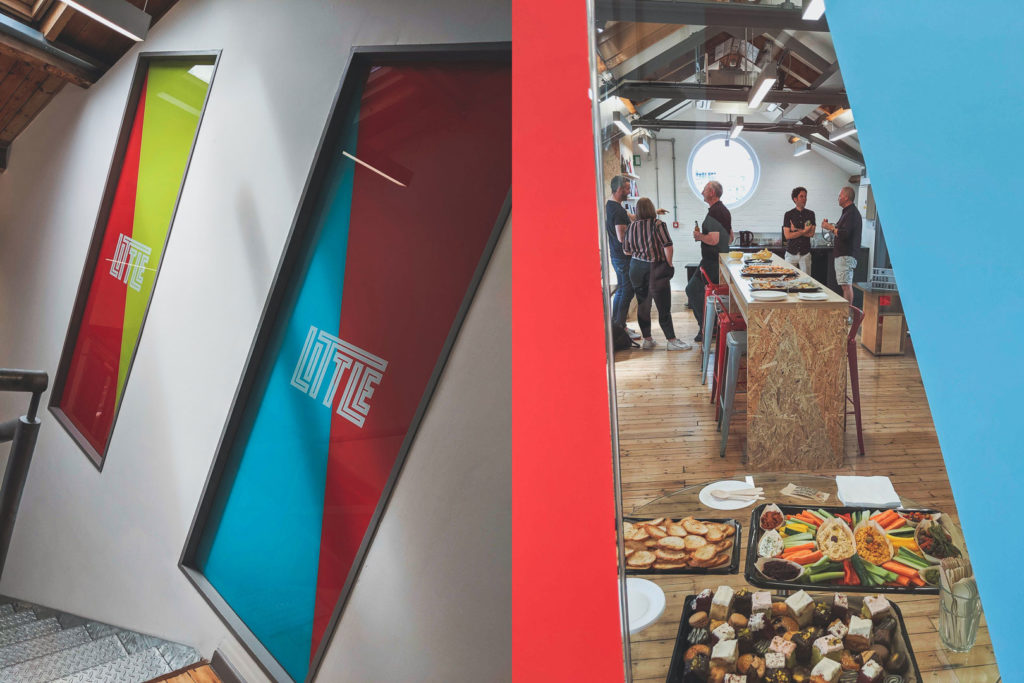 Formed in 2009 as Little Black Box and later rebranded as LITTLE, the business has gone from strength-to-strength since Managing Director Mark Mildren took over in 2011, with fellow directors Chris and Ian joining the company in 2012.

They believe in four key characteristics; integrity, enjoyment, quality and creativity. All of these are replicated not only in the service they provide for their clients, but also in their general working environment.

They are truly passionate about what they do, and go the extra mile to provide the best service possible. Despite being a relatively small team with each individual specialising in a unique area, they work collectively on projects to deliver on significant expectations.

Now, they’re not-so-LITTLE, they need more space. Their team of ten has plans for future expansion on the horizon. Calls Landing definitely gives them a chance to add to their LITTLE family. 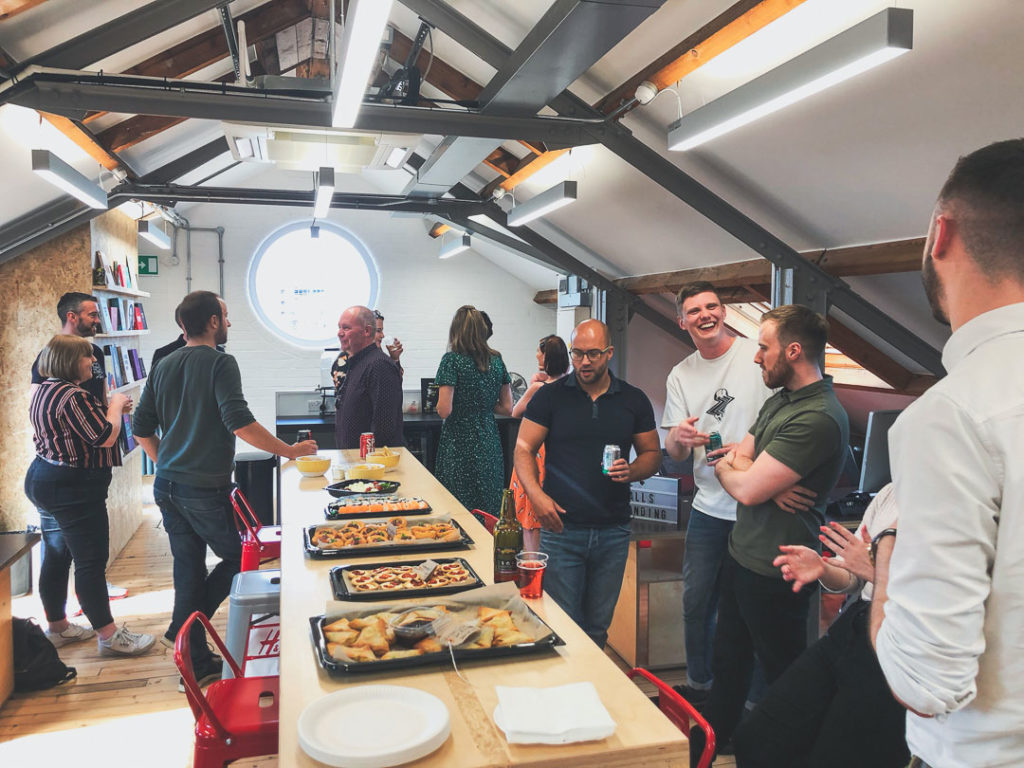 Did someone say an office warming party?

“We’re delighted to welcome the entire LITTLE team to their new studio at Calls Landing, in the latest stage of their business journey. Building and maintaining long-term relationships with our tenants has always been important to us, and we can’t wait to see what the future holds for LITTLE now they are based at this amazing space.”

Taking over the space that The Meatless Farm Co previously called home (they’re now based on Wharf Street, but more on that later), LITTLE moved to Calls Landing to accommodate further growth – with both new members of the team and new clients.

Creating a space that inspired the LITTLE family was also important – and providing them with a studio that enhanced productivity and boosted motivation was paramount. Since moving in, the LITTLE team certainly classes Calls Landing as home.

In regards to the building itself, Mark, Ian and Chris were immediately impressed by the standard of renovation work that took place last year. The ‘heritage-meets-modern’ style, natural light and exposed beams were an immediate hit, which was only boosted by the unique porthole window. Full of natural light and surrounded by fellow creatives – like Harris Associates, Perfect Storm and Nick Brown Architects – Calls Landing is the perfect place for LITTLE to thrive.

“Setting up at our permanent home in Calls Landing has been a great move for us. The building looks fantastic and is a testament to the thoughtful refurbishment the team at King & Co have undertaken.”

Calls Landing was built in the 20th century, pre-World War II. The area surrounding the building, commonly known as The Calls, played a key part in Leeds’ contribution to the Industrial Revolution.

The Calls acted as docks for the infamous Leeds and Liverpool Canal for over 300 years, most commonly serving to transport coal between the two cities. At its peak in 1860, the canal saw over a million tons per year being delivered to Liverpool, ensuring that it competed with the railways.

The building itself was used as a traditional, riverside warehouse, and has since been refurbished to create leisure and office space while maintaining the industrial aesthetic that formed its history.

LITTLE’s recent move serves as further proof of our commitment to providing businesses with offices that support their long term development. We’re dedicated to helping all of our tenants to find properties that help to achieve their goals – whether on a regional, national or international scale – and lead the way in their professional sectors. Calls Landing and the surrounding buildings – like Graphical House and 8-16 Dock Street – have proven to be perfect places that many businesses call home. As the city’s creative hub develops, we can’t wait to support more companies in their business journeys in the future.

For more information about how King & Co could hold the key to unlocking your business’ potential – or to simply find out more about the renovations that have recently taken place at Calls Landing and Graphical House, contact us today.